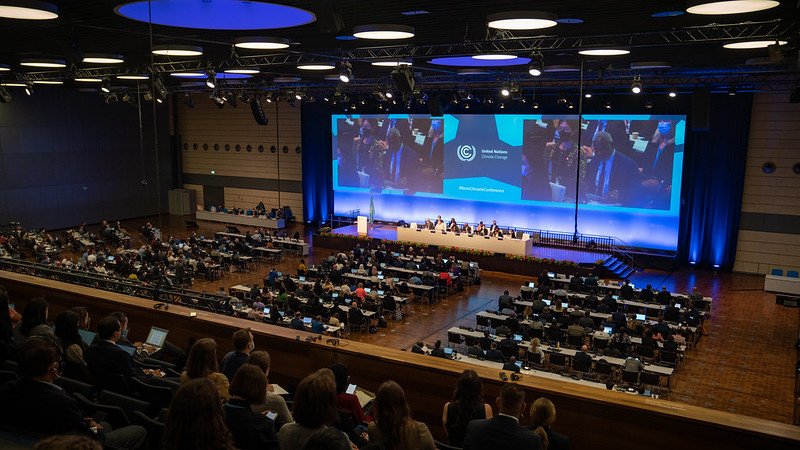 The Children’s Environmental Rights Initiative (CERI) coalition partners were active at the Bonn Climate Change Conference, pushing for more significant consideration of children’s rights in the design and implementation of climate action. Priorities for negotiators in Bonn included urgently delivering more ambitious Nationally Determined Contributions (NDCs) and long-term plans; defining the global goal on adaptation (GGA); advancing work on loss and damage; kicking off discussions on the Action for Climate Empowerment (ACE) Action Plan, and the ever-present need to overcome the lack of climate finance.

The conference provided several entry points to seek to advance children’s rights in a process which has historically been slow to incorporate rights-based approaches and all but silent on the issue of child-specific needs and priorities in the face of climate breakdown. In this respect, the promise of the Paris Agreement to “respect, consider and promote” the rights of children in climate action has yet to materialise in any meaningful sense. With the UN Committee on the Rights of the Child developing a new general comment focused on child rights and the environment with a special focus on climate change, an opportunity now presents itself for this authoritative guidance to underpin an increased focus on children under the UNFCCC, and to promote enhanced policy coherence within the multilateral system. CERI detailed supporting rationale for including children’s needs and priorities in climate action in a working position paper developed for the Bonn conference.

Significantly, under the Action for Climate Empowerment (ACE) agenda, the UNFCCC hosted a dialogue on the participation of children and young people in the Glasgow work programme – a ten-year, flexible framework to encourage countries to create better conditions for climate education and public awareness, training, public access to information, public participation, and international cooperation.

As part of the dialogue Francisco Javier Vera Manzanares, Child Advisor to the UN Committee on the Rights of the Child for General Comment 26, and Joni Pegram, CERI Secretariat Member, spoke on the importance of child participation and the integration of children’s rights in the UNFCCC’s work under ACE.

During informal consultations under ACE, Parties considered how to identify immediate actions through short-term, clear and time bound activities that would substantiate the Glasgow work programme. Their work resulted in an informal note that sought to capture the ideas and suggestions brought forward by Parties. Included within the note are some favourable provisions related to children, which can be built upon by Parties at the COP 27 in Egypt in November 2022. Suggested actions include the following proposals:

The informal note also includes references to creating a national youth role to enhance the promotion of ACE at the local level, which would include the participation of children. While these proposals would all represent progress towards a more significant consideration of children’s needs and priorities under the ACE agenda, they will need to be protected and built upon in negotiations at COP 27.

The Paris Agreement-related negotiations in Bonn were those related to Article 6 on cooperative approaches and Article 13 on adaptation. The conference incorporated a greater emphasis on dialogue formats to further enhance responses to climate impacts through adaptation, and to take stock of progress.

Dialogues included the Glasgow–Sharm el-Sheikh work programme on the global goal on adaptation (GGA); the Glasgow Dialogue on loss and damage; a series of technical expert dialogues on the new collective quantified goal on climate finance; and an annual Ocean Dialogue.

While the needs and priorities of children continue to be omitted from the discussion on these critical areas, opportunities exist to better integrate child rights into the processes they seek to deliver. For example, on adaptation, there is the potential for considering children’s unique adaptative needs under both the Nairobi Work Programme (NWP) and the GGA – both negotiation tracks intended to address the need to adapt to the impacts of climate change around the world. Under efforts to strengthen the role of the NWP, calls to scale up the Lima Adaptation Knowledge Initiative – an initiative to close adaptation knowledge gaps – and strengthen ties among communities of practice, present opportunities for the incorporation of a new focus on children’s adaptation needs.

Similarly, under the Glasgow–Sharm el-Sheikh work programme on the GGA, there exists an opportunity for Parties and observers to submit views on the remaining workshops to inform the global goal, which will take place in August, September and November of this year. The inclusion of child rights in adaptation planning should be a priority for advocates and decision-makers alike.

The negotiations on Gender and Climate Change primarily focused on initiating the intermediate review of the gender action plan (GAP), a framework supporting gender based climate action as part of the enhanced Lima work program on gender, mandated to commence at the Bonn session.

In respect to children’s rights, there was a welcome push from Mexico for a provision calling on Parties to engage girls, youth, and indigenous peoples in climate action. Concerningly, this provision did not make it into the final informal note by the co-facilitators. The only operative reference to girls in the informal note is in reference to engaging boys and men as strategic partners and allies in achieving gender equality and the empowerment of all women and girls in the context of climate change.

Supporting champion countries in increasing the focus on girls under the gender action plan should be a priority in the months before COP 27.

At the Bonn Conference, the first meeting of the Technical Dialogue (TD) under the Global Stocktake took place. The Global Stocktake is a process that takes place every five years measuring the progress of the Paris Agreement’s long-term goals. It will inform the next round of submissions by Parties of their NDCs in 2024-25. Children’s rights are currently significantly under-represented in existing NDCs, so utilising the global stocktake process to emphasise the importance of considering the needs of children, potentially along with other social considerations, would be very beneficial.

The Technical Dialogues are held in multiple formats, including plenary sessions, roundtables and world café events. The guiding questions circulated in an informal note before the June conference included a question on how climate action can respect human rights, including children’s rights.

In its submission to the Global Stocktake, the Office of the High Commissioner for Human Rights highlighted the importance of a human rights-based approach and included reference to the analytical study on the relationship between climate change and the full and effective enjoyment of the rights of the child. It references the UN Committee on the Rights of the Child’s General Comment 15 on the right of the child to the enjoyment of the highest attainable standard of health, and the new General Comment 26 on child rights and the environment with a special focus on climate change. Similarly, a CIEL briefing paper on the stocktake published in February included a focus on intergenerational equity. The second technical dialogue of the first global stocktake will take place at COP 27.

Finally, consideration could be given to opportunities to quantify the financial needs and measure existing financial flows going to the protection and promotion of children’s rights in climate action. This would include provisions on ensuring the needs and priorities of children were captured in work on loss and damage once the Santiago Network for Averting, Minimizing, and Addressing Loss and Damage and the Glasgow Dialogue on loss and damage advance sufficiently for such considerations. Similar considerations should be given to children’s needs in the design and distribution of the collective quantified goal on climate finance. CERI, with support from consortium member Plan International, is in the process of producing a study on climate finance and children’s needs and priorities to support this work. 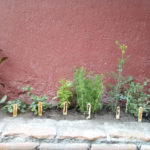 Food sovereignty means defending our right to a healthy environment 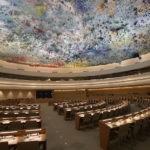 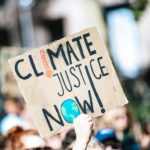 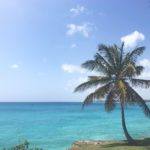