COP27: a step forward for children and their rights, but a lot more work to be done 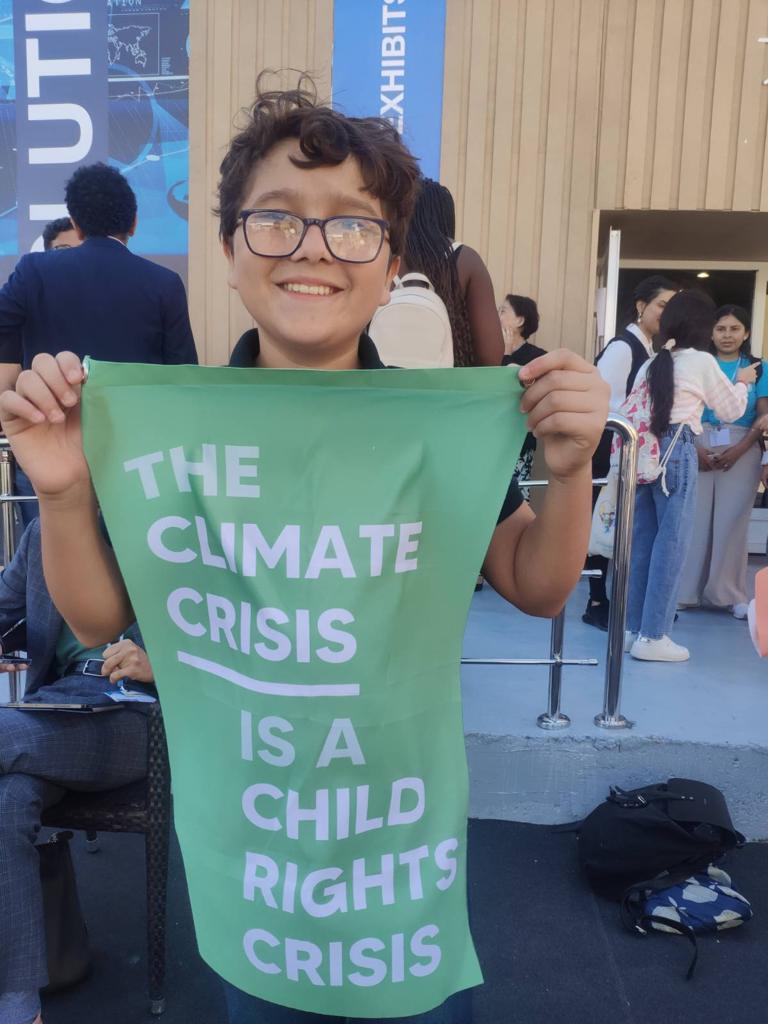 Despite negotiations struggling to make progress across many areas of climate action in Sharm el Sheik, COP 27 represented a significant step forward for the consideration of children and their rights in climate action. Now the challenge is to build a comprehensive focus on children under the UNFCCC, and operationalise new commitments in the development of future climate action.

The climate crisis represents an immense and unprecedented threat to children’s rights, and massive climate disruption is already setting back gains that have been made that improve their lives. Virtually all children in the world – one third of the global population – are being affected by climate change, and due to their unique stage of physical, physiological and cognitive development, they represent one of the most vulnerable groups in the face of climate change.

The annual Conference of the Parties to the United Nations Framework Convention on Climate Change, known as COP, is a key moment to reach agreements that allow for child-sensitive climate action. However, these decisions are historically made without the consideration or participation of children in the negotiation rooms due to multiple reasons that respond to an adult-centric vision of international climate governance. Although we see more and more young people who are part of the State delegations, children continue to be the great missing element in the negotiations.

The 27th Conference of Parties (COP27) has just taken place in Sharm El-Sheikh, Egypt. While hundreds of events took place during the meeting, the negotiations took place in an intense and complex way. It must be considered that various interests arise in negotiations and that the essence of these is to find consensus among all those interests. That is why it is valuable to be able to work with allies from both country delegations and observer organizations to place issues in the negotiations and ensure that they can be included in the decisions and agreements that are adopted. Although we only tend to hear about the COP towards the end of the year, this influencing process takes place throughout the year, through different moments between the conferences that are also important in shaping the narrative of what should be achieved, and culminating with new agreements at COP itself.

For this reason, CERI partners and the wider child rights community came together during the year to work out how the decisions and agreements to be adopted could incorporate an intergenerational approach, guaranteeing the respect and inclusion of children and their rights. The coalition developed a joint position paper, Incorporating Child Rights into Climate Action, and as a result of this unprecedented collective effort in advance of and during COP27, some notable progress was made.

In addition to reiterating Paris Agreement preambular language that human rights, including children’s rights, should inform climate action, the overarching COP27 cover decision also recognizes children’s key role in responding to climate change and encourages States to include them in their processes to design and implement climate policies and actions: a big step in the right direction. The decision also  acknowledges the importance of intergenerational equity, recognizing that the effects of previous and current emissions, vulnerabilities and policies impose costs and benefits for people in the future, including children and future generations. In another significant step forward, the decision explicitly referred to the right to a clean, healthy and sustainable environment, overcoming the strong resistance of certain countries to acknowledge the recent global recognition of this right by the UN General Assembly and UN Human Rights Council.

While the content of the cover decision provides an important political signal on the direction of travel and Parties’ intent, members of the CERI coalition have consistently called for children’s rights to be mainstreamed across various negotiation strands under the UNFCCC, from which they have historically been entirely absent. Embedding children’s needs and priorities under various agenda items would have a powerful effect in terms of operationalising the commitment to consider children’s rights in climate action, and enhancing reporting, monitoring and accountability.

While many aspects of COP27 fell short, we received excellent and historic news that the establishment of a loss and damage fund was finally agreed, following decades of advocacy from vulnerable nations and civil society advocates. By COP28, it should be known how this fund is going to be implemented and executed. However, nothing related to children and the protection and promotion of their rights (or human rights in general) has been  included in the discussions or in the establishment of the fund as such. As one of the most vulnerable groups to loss and damage – the impacts of climate change which can not be adapted to – children must be considered as part of follow-up negotiations on this landmark decision, and the fund must be rapidly resourced, through new and additional financing.

Despite this progress, COP27 was a great failure dealing with the root of the problem. Very “vague” language is used regarding the objective of limiting the increase in temperature below 1.5 degrees, it is not explained well nor did COP27 have any agreement regarding the necessary phase out of all fossil fuels and the conditions of the transition that are required. It is important to note that to reach the 1.5 degree target, countries with more resources (“rich” countries) will need to provide much more climate finance, as well as to respond to adaptation and loss and damage.

But in terms of climate finance, little progress was made in general, or in particular with respect to guaranteeing the inclusion of children and their rights. This is especially urgent due to the realities that children face and the risk that exists of not guaranteeing their rights due to the impacts of climate change. As discussions continue in 2023 and at COP28, It is urgent that countries undertake a general overview of the financing flows that go towards the priorities and needs of children, that provisions in this regard are included in the new quantified goal on climate finance, and that investment in basic services of children is prioritized. Financial support will be critical in enabling children to increase their adaptation and resilience and cope with the loss and damage they face.

At COP27, the failure of developed countries to deliver on their commitment to provide $100 bn a year to developing countries to support them to transition to zero carbon economies, and to adapt to the climate crisis, was clearly a source of deep frustration among developing countries. In particular, finance for adaptation is woefully inadequate, and Parties failed to reiterate a commitment made in Glasgow, at COP26, to double adaptation finance by 2025. This has particularly serious implications for children, who are on the frontlines of the climate crisis and already experiencing extensive harm to their health, education, development and survival.

Furthermore, the decision agreed on the new Global Goal on Adaptation (GGA) does not incorporate any reference to children, or to human rights in general, something unfortunate that must undoubtedly be a priority for the child rights community in 2023, ahead of a key decision setting out a GGA framework to be adopted at COP28.

In more positive news, significant progress was made in relation to the Action for Climate Empowerment work programme (which includes education, participation, public awareness, training, access to information and cooperation). The new Action Plan embeds a dedicated activity to map and collate guidance and good practices on education and empowerment of children in climate action, as well as reporting on how children’s rights are integrated and considered in the activities that will be developed in the context of Action for Climate Empowerment at all levels. This is one of the areas for which children advocate the most worldwide.

The ACE activity to collate guidance and good practice was language that the CERI coalition secured through close collaboration with supportive Parties and other stakeholders. This coalition of guidance and good practice can draw upon the soon to be published General Comment on the rights of the child and the environment with a special focus on climate change, which is currently being prepared by the UNCRC. It is urgent that from now on the link that this general comment could have with the climate agenda and actions at all levels can be presented.

Strong advocacy also took place in positioning children as central to the Global Stocktake. One of those who maintained this position was Francisco Vera, a 13-year-old Colombian adolescent, who together with Costa Rica as an AILAC country, was able to present his statement and the need to consider children and their rights in the Global Stocktake. This was an historical moment, given the near-total omission of children from the negotiating rooms.

Unfortunately, there was difficulty arriving at a decision under the Gender negotiations at COP 27. A last-minute outcome was agreed, but has been greeted with deep frustration and criticism from civil society, linked to the decision as well as the process. The decision contains just one operational reference to girls, on engaging boys and men as strategic partners and allies in achieving gender equality and empowerment of all women and girls in the context of climate change. This is a significant setback for the child rights agenda as careful consideration of girls rights under the Gender Action Plan and the Enhanced Lima Work Programme on Gender  were central asks of the CERI coalition going into COP 27.

And last but not least, COP27 also saw a push forward on the Declaration on children, youth and climate action, with Belgium, Libya and Uzbekistan becoming the latest States to sign, and bringing the total number of signatories committed to child-sensitive climate policy and action to thirty-six. Numerous events were held to spotlight the commitment of signatories and their initiatives and activities to take forward Declaration commitments at the national level, including a side event led by the Government of Panama, which shared the roadmap that has been developed by young people, the government and UNICEF. Without a doubt, getting more countries to sign and working on implementation of this framework are two key tasks for 2023.

In a brief summary, we can say that there were results of COP27 that reflect advances in the inclusion of children and their rights in climate action at all levels, however, large challenges remain and these challenges require that we join efforts from all sectors to work under a common agenda for children.

Sara Cognuck González is a young Central American consulting on environmental issues and sustainable development and a member of the CERI Secretariat advocating for climate action sensitive to children and young people. 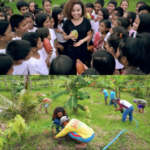 Bridging our rights to a restored planet 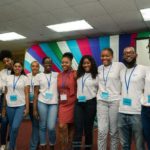 #EscazúNOW: YOUth can strengthen climate action in the Caribbean 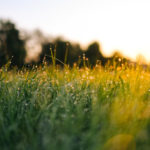 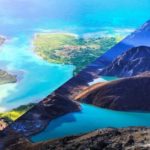